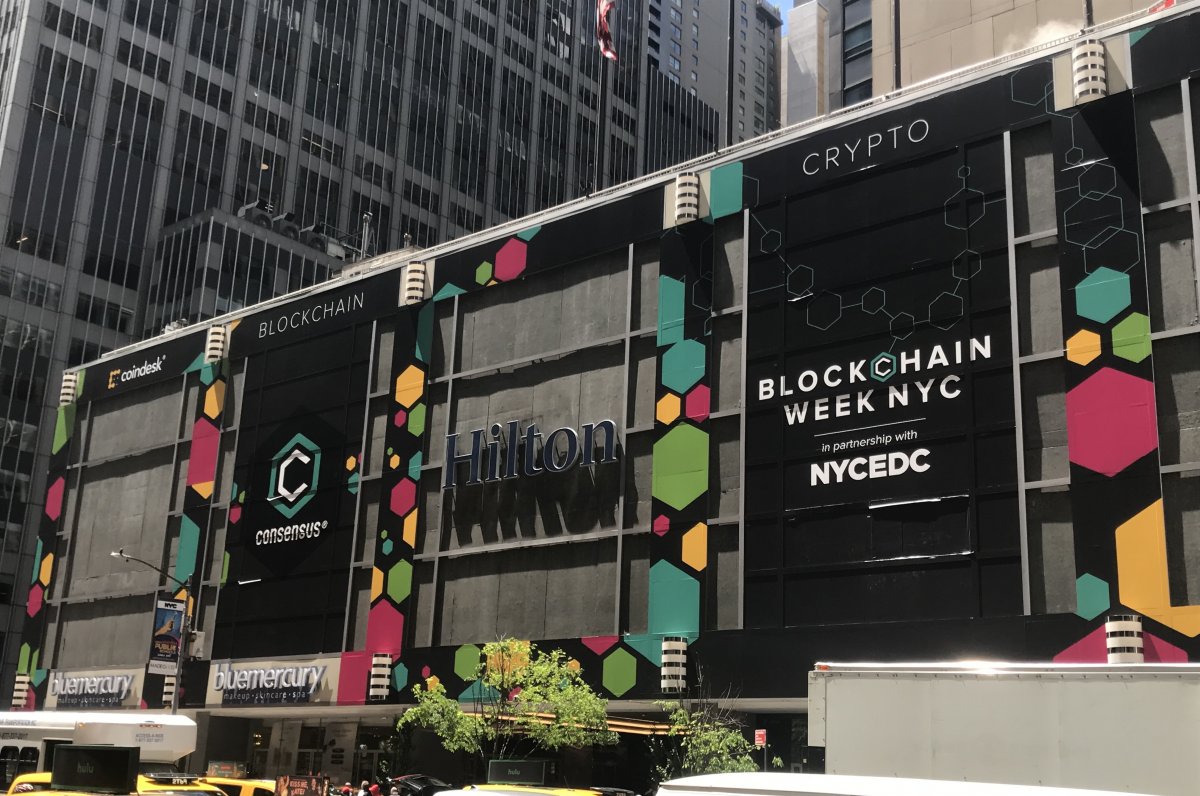 Love it or hate it - CoinDesk’s annual Consensus event in New York stands as one of the premiere events for the world-wide blockchain community - a place where Bitcoin believers, Ethereum enthusiasts and many others gather to discuss developments, take stock of their own progress and demonstrate the continued growth of this transformative technology.

Joe Lubin of ConsenSys, Bitcoin evangelist Jimmy Song and even Tron’s Justin Sun - these were just a few of the top names to take the stage at the New York Hilton Midtown to express their views on the current state of blockchain.

For the first time, LEXcellence was in attendance at Consensus, representing Switzerland’s Crypto Valley and the Swiss blockchain ecosystem. As in past years - and at other industry events - legal issues play an important role in the discussion.

Here are four observations - all worth keeping in mind as the next year approaches and the crypto assets and applications take their next steps forward.

Enterprise adoption is taking many forms

A recurring rallying cry among those most heavily invested in crypto markets has been that “institutional money is coming.” Some believe this will significantly boost crypto asset prices on the open market.

But the involvement of enterprises and institutions does not limit itself to making direct investments - and this was clear during Consensus this year.

At the start of the conference, it was reported that Microsoft has been working on a decentralised identity solution based on the Bitcoin blockchain.

IBM’s presence at Consensus was considerable and very involved, with daily workshops demonstrating its design capabilities and blockchain services.

All in all, it is clear that large players do not underestimate the potential of the technology and they are building themselves into powerful market positions.

What does this mean for startups - and especially those in Switzerland? The natural conclusion is that as the race heats up, enterprises may be more and more inclined to move towards acquisitions to keep up.

And high-quality startups from blockchain hotspots like Switzerland can be prime targets.

Last year’s conference was an anomaly by pretty much every possible measure. Many of the startups that showed up in New York last year did not endure.

But some did - and they tend to be the ones who patiently built a company, a brand and a legal structure that was meant to last.

One example is ShapeShift. Among many in the crypto community, it was maligned for moving to implement more rigorous KYC standards. And its company downsizing didn’t make anyone happy.

And yet the team has pulled through and had a strong presence again at Consensus with new products in the pipeline.

The lesson? It pays to be patient - and do things right.

Exchanges are thriving (for now)

Among the Crypto Valley delegation to Consensus, more than a handful of companies operate as cryptocurrency exchanges - Eidoo, CoinDeal, Nxchange to name a few.

It goes without saying that they, despite any downturn in markets, have continued to thrive in part because of their clear business model. Of all crypto applications, exchange and trading are as clear-cut and understandable as they come.

What can we learn from this?

For one thing, it pays to have a clear model of operations - one that users and external service providers (read: banks, asset managers etc) understand right away.

Secondly, Switzerland continues to be a prime location for such companies. As interest in security tokens and stablecoins grows, the need for regulated exchanges will also multiply.

SIX and Swisscom have both launched initiatives to develop regulated exchanges for token-based products out of Switzerland - but that isn’t to say that they will have a monopoly on the market.

There are strong signs - both from Consensus and other areas - that exchange of tokenised equity, derivatives and collective investment products will explode over the next few years.

More support for women in blockchain

It was inspiring to see the concerted and cooperative efforts being made to build strength among women in the blockchain community.

For the first time, the conference featured a space dedicated to discussions around creating opportunities for women through investment, legal support and mentoring. The Womin Lounge was home to a wide array of panel discussions, talks, demonstrations and conversations - made possible through the hard work (in particular) of Alexandra Levin Kramer.

This concentrated focus on supporting diversity in the blockchain space reflected the contributions of many brilliant women in the space who spoke at the conference - Amber Baldet, Joshua Ashley Klayman, Noelle Acheson, Perianne Boring among others.

Crypto Valley was represented on the main stage by Smart Valor’s Olga Feldmeier, who spoke about how market players are adjusting to an STO world.

Are you interested in learning about the regulatory environment in Switzerland? Need legal support for your blockchain company or business?

At LEXcellence, we are fully equipped to support your needs in the heart of Switzerland’s Crypto Valley.