The European Council Approves the Markets in Crypto Assets (MiCA) Regulation. How does it affect NFTs?

The European Council Approves the Markets in Crypto Assets (MiCA) Regulation. How does it affect NFTs? 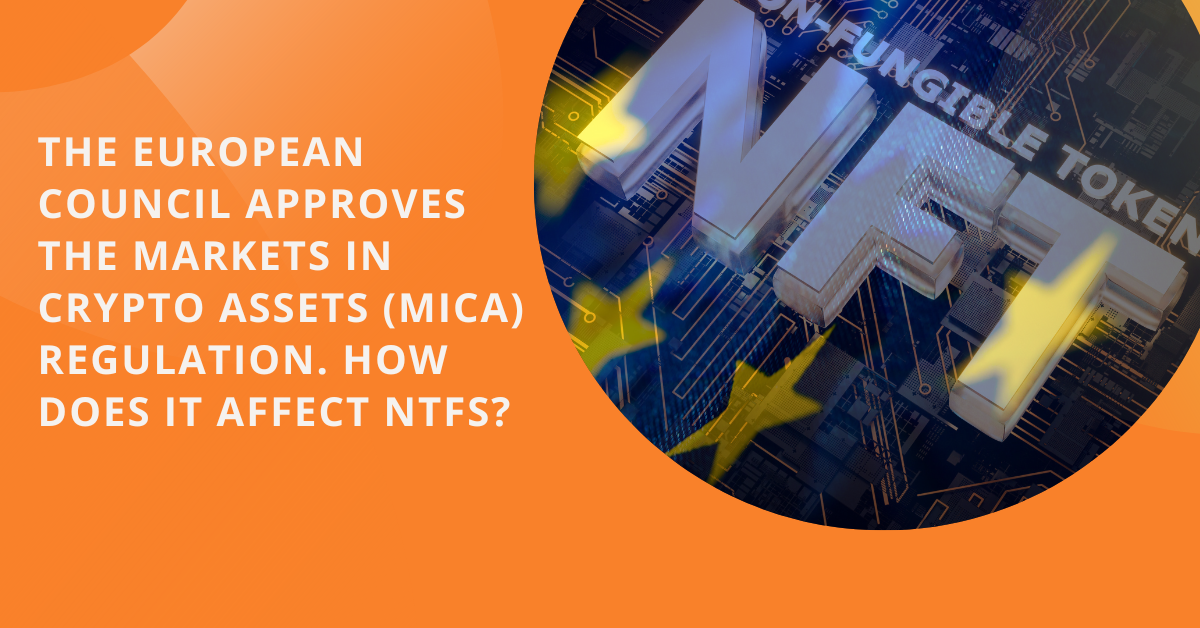 The groundbreaking Markets in Crypto Assets (MiCA) Regulation and a separate rule requiring the disclosure of the identities of those making cryptocurrency payments were approved by the European Union (EU). Through voting, the Council approved the framework on October 5, 2022.

The EU's policy on digital currencies has been very scattered, with the majority of its members providing licenses and approving cryptocurrencies under the methods and regulations that are best known to their officials. With the introduction of MiCA, the tendency will alter because all EU members will be bound by the common laws outlined in the bill. Switzerland and other nations with businesses in the EU will have to comply with the new crypto regulations.

Although the regulation has not yet officially gone into effect, its approval signifies that the wording has been accepted as the final version. Additional clearance will be required, and it is anticipated to happen on October 10, 2022, when the European Parliament Economic Affairs Committee meets and vote for it. If adopted, the new laws will take effect at the beginning of 2024.

To bring the issuance of cryptocurrencies under institutional control, MiCA is the first regulation of its kind for crypto-asset service providers across all EU member states. Additionally, to prevent collapses akin to those of Terra, the system enforces reserve requirements on stablecoins.

What Is the Difference Between the Previous Drafts and the Current MiCA (The Draft Path of This Regulation)?

MiCA is not fully taking into account all aspects of decentralized finance (DeFi) and non-fungible tokens (NFTs), despite the EU's assurances that future legislative initiatives will address the two industries individually. However, NFTs with partial ownership are covered under the law.

The Transfer of Funds Regulation (TFR), an anti-money laundering (AML) initiative that would see the bloc line itself with the Financial Action Task Force's Recommendation 16, also known as the Crypto Travel Rule, will be implemented concurrently by the EU.

The European Securities and Markets Authority (ESMA) and the European Banking Authority (EBA) will oversee the cryptocurrency markets. They will have the authority to act in certain circumstances. Regulators will be alert for market manipulation and insider trading, and crypto asset service providers (CASPs) will uphold numerous investor protections.

In its current form, the rule mandates that anybody wishing to issue a cryptocurrency should produce a "crypto-asset white paper" describing their initiative. Stablecoin issuers will, nevertheless, be subject to particular capital restrictions.