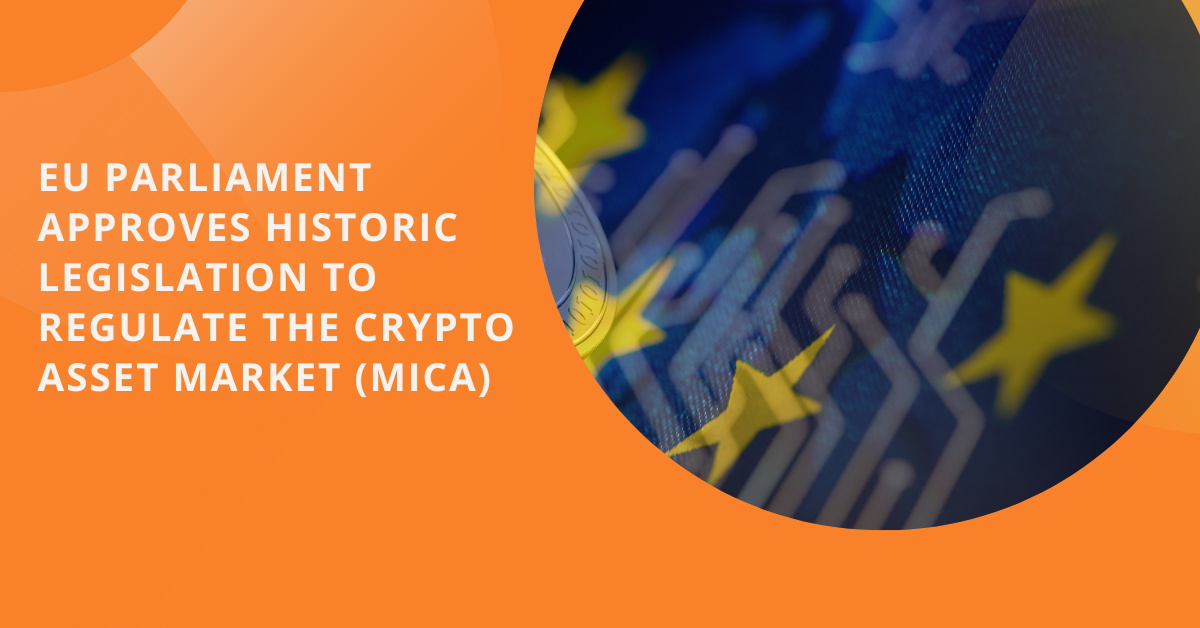 On October 10, 2022, legislators in the European Union passed the Markets in Crypto Assets Regulations (MiCA), a significant piece of legislation that intends to control digital assets in the union. The European Parliament approved the Act with a majority of 28 to 1.

If approved, it will put stricter regulations on owners of cryptocurrency businesses. The Economic and Monetary Affairs Committee voted for the MiCA legislation without additional discussion. It now opens the door for approval by the entire European Parliament before the year's conclusion. The overwhelming support makes it possible for the historic crypto license rule to go into force in 2024.

Main Areas That the New Mica Regulations Are Focused On

According to the MiCA bill, people creating cryptocurrency must make their project's details available via a "crypto-asset white paper." Additionally, it mandates that stablecoin businesses meet capital criteria. If their tokens are not pegged to the euro or another currency accepted by E.U. member states, they will be limited in the number of tokens they can issue.

A further goal of the MiCA is to control bitcoin mining. The measure requests energy disclosure from major "crypto-assets service providers." Cryptocurrency mining consumes a lot of energy, and some, like Bitcoin, have a carbon footprint.

Under the new law, the E.U. may also categorize NFTs, special tokens created on a blockchain and tied to assets like works of art, as securities.

A final anti-money laundering law requiring the disclosure of payer and payee information during the transfer of cryptocurrency assets was also approved today by the European Parliament committee. The MiCA-aligned measure requires crypto asset service providers to give information to law enforcement when they are looking into money laundering and terrorism funding.

Overall, the measure is broadly following MiCA's aims, which include requiring crypto asset service providers to make a concerted effort to collaborate with authorities by giving necessary information during anti-money laundering and countering terrorism financing investigations.

Later this month, the European Parliament is slated to hold a final vote on the MiCA Act. The two regulatory frameworks would only apply to EU members if given final approval. However, they might also serve as a model for other countries' parliament considering implementing similar laws.