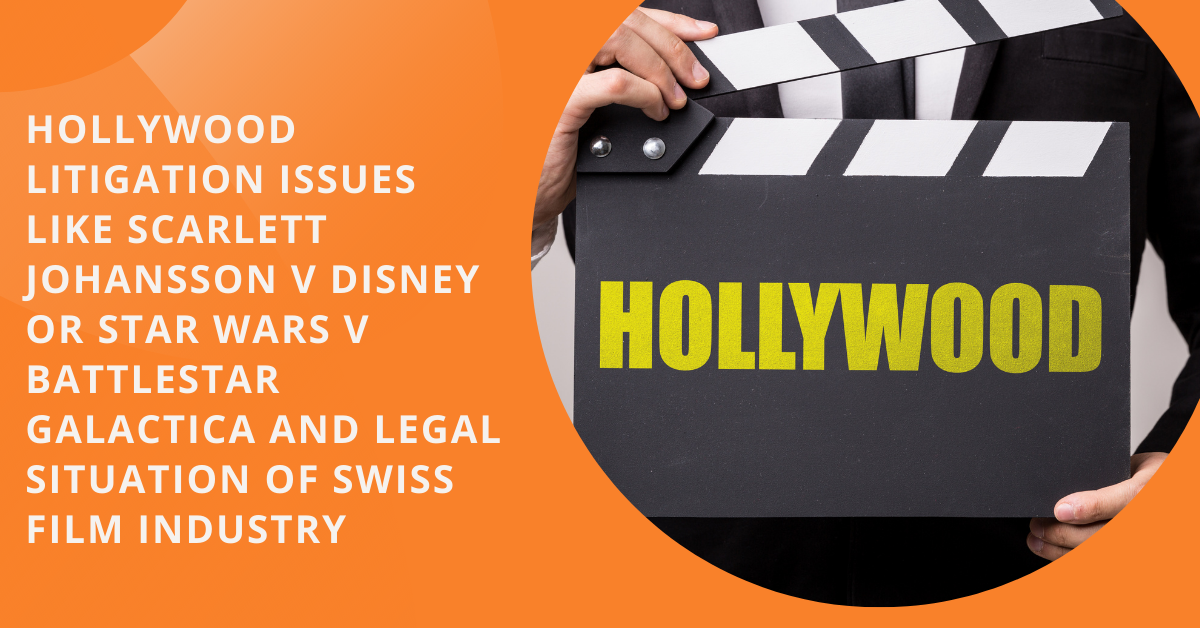 The entertainment sector has its own economic, legal, and cultural problems as legal problems often emerge for a producer during the early stages of a film or television project's development.

Film enterprises often start legal proceedings against people who infringe copyright by distributing the movie on online platforms without authorization, employees who dishonoured the contract, another company that breached the contract, etc. On the contrary, they themselves are sometimes they are sued for breach of contract and intellectual property issues.

With the fast increase in digital streaming services and the corona virus pandemic, movies are no longer premier in movie theatres exclusively. Streaming services like Disney+ or Warner’s HBO Max have shown exclusive streaming premiers or at least same day streaming releases. While such hybrid premiers might be in favour of the audience, artists that have agreed on earnings based on sold theatre tickets might suffer huge losses. Possible examples are:

This is the situation Disney faced when they tried to release the blockbuster "Black Widow" from the MCU:

Scarlett Johansson V Disney: Scarlett Johansson filed a lawsuit against the studio. She claimed that she was promised an exclusive theatrical distribution, which did not occur with the movie. It seems that Disney has some advantages because of the pandemic and restrictions. Nevertheless, the court hasn’t found in favours of anyone yet.

This case shows that companies should anticipate possible digitisation steps in their field of work and adapt the contractual basis in order to achieve the necessary adaptation flexibility.

The following cases are interesting on the topic of IP-rights:

Star Wars V Battlestar Galactica: Following the 1977 film Star Wars popularity, Galactica was created. 20th Century Fox sued Universal Studios (the company behind Battlestar Galactica) for copyright infringement, alleging that it had stolen 34 unique concepts from Star Wars. One of them was a figure named Skyler, a little too close to Skywalker, and the prospect of a show called "Star Worlds" broadcasting.

Another famous case regarding big companies was the Disney movie ‘Coco.’

Initially, Disney planned the film’s name to be Dia De Muertos, but when they tried to register ‘Dia De Muertos‘, a prevalent Mexican tradition, and after taking the case to tribunal, they lost and needed to change the name of the movie to Coco.  As a consequence of Disney’s actions, Mexican people were mad at the company.

Overview of the current situation in Switzerland

Two of the more interesting provisions in terms of digitalization of movies, and that are regulated very differently around the globe, are:

Swisscom was sued by a business (which name is still confidential) in 2015. As an access provider, it claimed that Swisscom takes technological steps to prevent its clients from accessing specific foreign websites where unlawfully obtained films may be streamed or downloaded (downloading). The business in Switzerland owns the copyrights to the relevant movies provided. The Commercial Court of Bern dismissed the 2017 case.

According to the decision of the Swiss Federal Supreme Court (4A_433/2018), Swisscom, as an access provider (provider of Internet access), cannot be forced to restrict access to Internet sites containing unlawfully accessible films.