WhatsApp wants to share personal data with its subsidiaries in Peru, Uruguay, Mexico, and Argentina 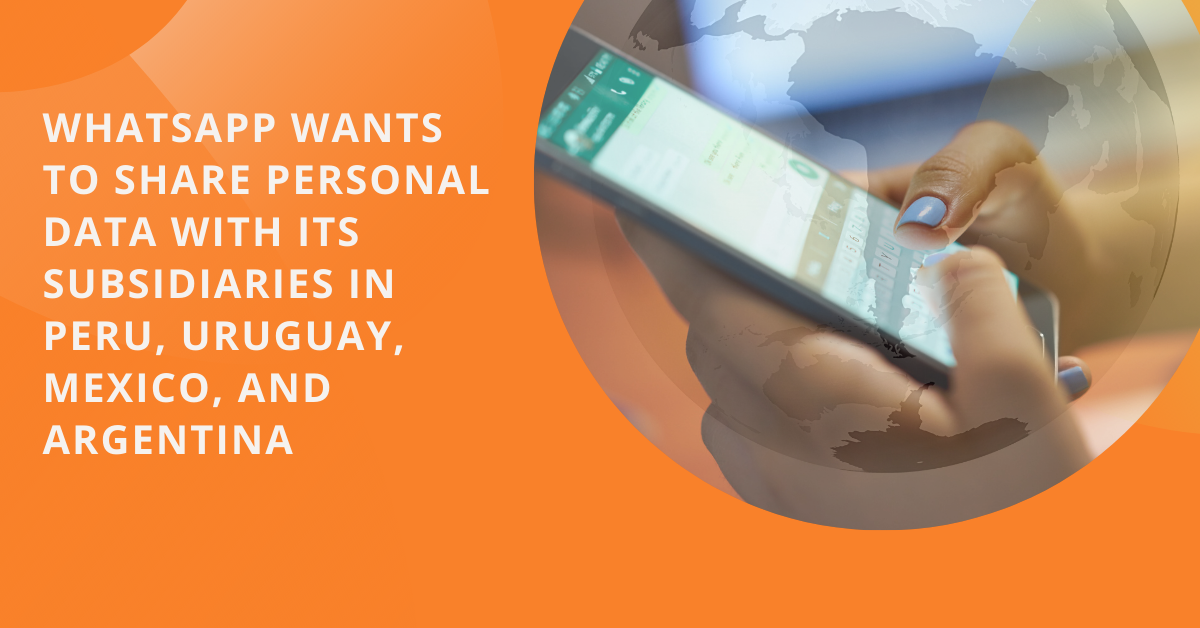 Until 2016 the transfer of personal data had to be consented to by the data controller. In May 2021, Facebook and WhatsApp modified their policies, which were extremely criticized because they were not clear enough.

In short, the policies gave Facebook the right to know the names of the people we chat with and how often we do so.

Consequently, quite a few s began to move to other messaging applications such as Telegram and Signal.

Let’s analyze what happened then

The levels of protection that would be provided to personal data were never disclosed, the risk of a violation of personal data is present.

As WhatsApp wanted to collect very sensitive personal data, such as cookies Uruguayan people were afraid and angry.

Many people agree that WhatsApp would not protect their data more than that of their own company, which is why fear leads to migration.

The Argentinean Personal Data Protection Law establishes in its article 5 that:

Due to the little evolution in that country speaking of technological law, it is doubtful whether clicking on a button would have been accepted as express consent since it could be argued that it was clicked by accident.

If WhatsApp had continued with the policies, it would surely have had cases in court.