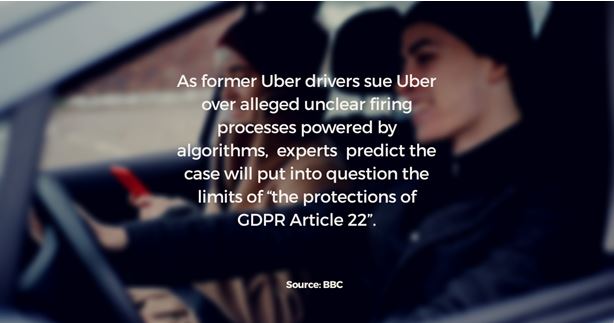 Former British Uber drivers turned to courts in the Netherlands, where Uber’s databases are located, to declare the use of automated algorithms, which fire drivers with no option of appeal, illegal. Numerous drivers have complained that they were fired without a clear explanation and The App Drivers & Couriers Union (ADCU) decided to fight for their rights. ADCU claims that in the last two years, there have been over 1000 cases of wrongly accused drivers with permanently terminated Uber accounts. According to Uber, they provide all the data they can in such situations, not disclosing information, which could violate another person’s right to privacy under GDPR. The company also denies that the deactivation process is done by computers, claiming that every suspended account is manually reviewed before it is terminated. ADCU explains that Uber’s unclear, undisclosed reasons for hiring drivers are problematic, as drivers face issues with Transport for London (TfL) and risk losing their license if the situation is not explained.