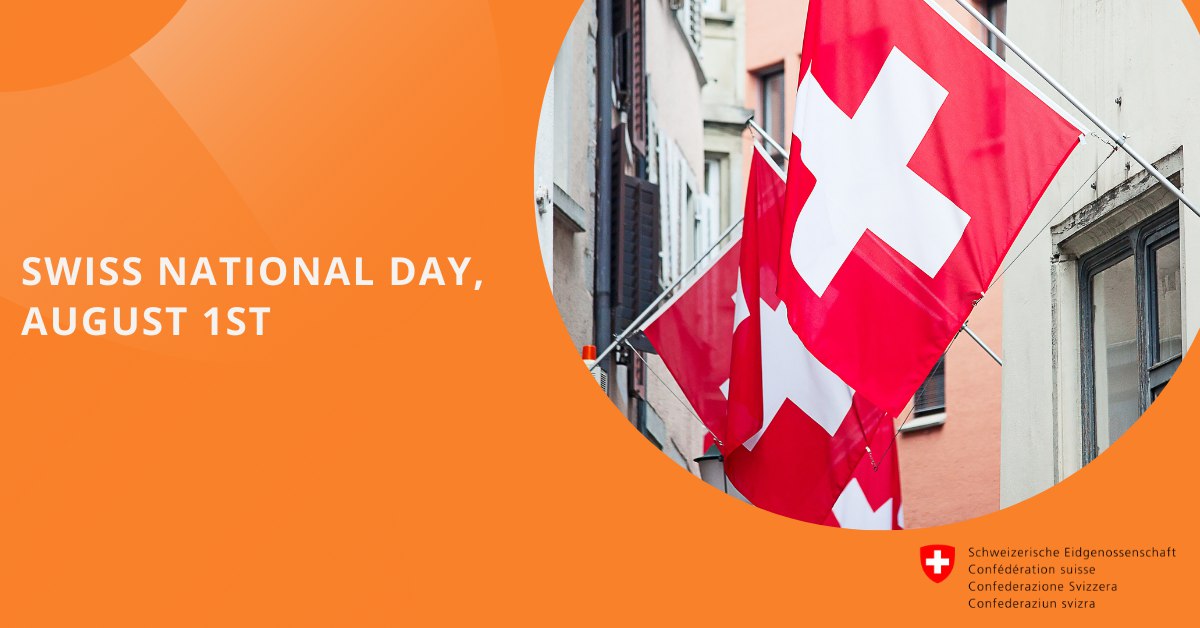 In Switzerland, August 1st is a national holiday. It's Swiss National (or Confederation) Day, which is commemorated every year.

The day is known as 'Schweizer Bundesfeier' in German, 'Fête nationale Suisse' in French, 'Festa nazionale svizzera' in Italian, and 'Fiasta naziunala Svizra' in Romansh.

The date of Swiss National Day was first set in 1891, yet it took over a century for the hardworking Swiss to vote and take the day off.

After a referendum in September 1993, the day was declared a national holiday in 1994.

Big family reunions and barbeques are a frequent element of the day, similar to American Independence Day celebrations. Bonfires, fireworks, and parades are held in communities all around Switzerland to commemorate the occasion. The custom of lighting a campfire in the middle of the summer precedes National Day. The tradition of lighting a bonfire on St. John's Day (June 24th) was widespread throughout Europe; however, this was a Christianized version of the older Midsummer Celebrations held on or around that date.

Breakfast at a farm is a National Day tradition that has grown in popularity over the last few years. This is especially popular with families with children because it not only provides a major culinary treat in the form of a "farmers" breakfast, but it also allows everyone to experience what it's like to run a farm. (everything from how to make cheese, bread, jam, get near to the animals, and so on.)

On national day in Switzerland, most shops and supermarkets are closed. Sunday schedules apply to public transportation.

We wish you a beautiful 1st of August!