On September 13, 2021, Switzerland announced a discussion to establish a research center in south-eastern Europe. The FDFA stated how vital is that project for Switzerland

On September 13, 2021, Switzerland announced a discussion to establish a research center in south-eastern Europe. The FDFA stated how vital is that project for Switzerland 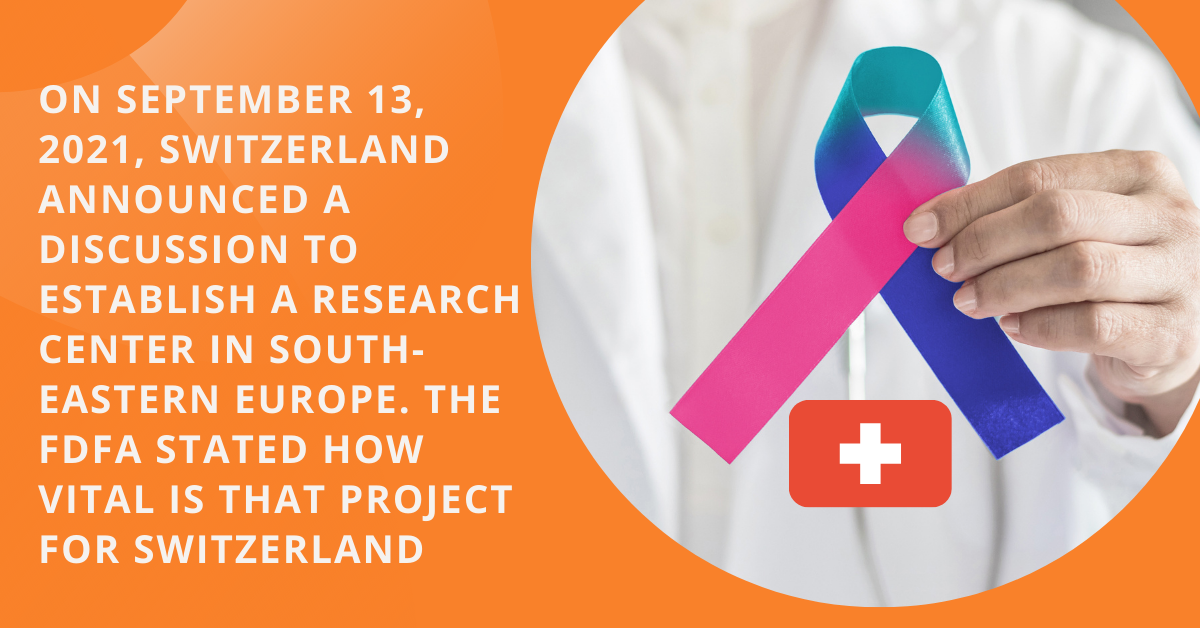 Switzerland, a member of the South East European International Institute for Sustainable Technologies (SEEIIST) project, recently hosted a relevant meeting in Bern. The Federal Councilor Ignazio Cassis, seven ministers, and ten representatives acting on behalf of several countries were part of the quorum to hold the meeting.

Switzerland considers it crucial to develop a regional center in south-eastern Europe that focuses on biomedical research into cancer therapy. That’s exactly what the SEEIIST project aims for.

The FDFA's head reaffirmed Switzerland's willingness to promote discussion among the different partner nations to establish such a facility at the meeting.

All the members of the quorum agreed on the following points herein as follows:

Switzerland is reaching its foreign policy goals with that project (SEEIIST facility). The Federal Council hopes to promote this kind of initiative via its Foreign Policy Strategy 2020–23.

Ignazio Cassis stated the following: "As an innovative country and home to a large scientific community, Switzerland has the assets and credibility to play this facilitating role."

The SEEIIST project will have two groups that will represent all the countries that participate:

The first group will be responsible for establishing the research center's legal status, while the second will provide the criteria for selecting the best location. The collaboration of CERN and the Paul Scherrer Institute (PSI) was crucial to agree on the previous decision.