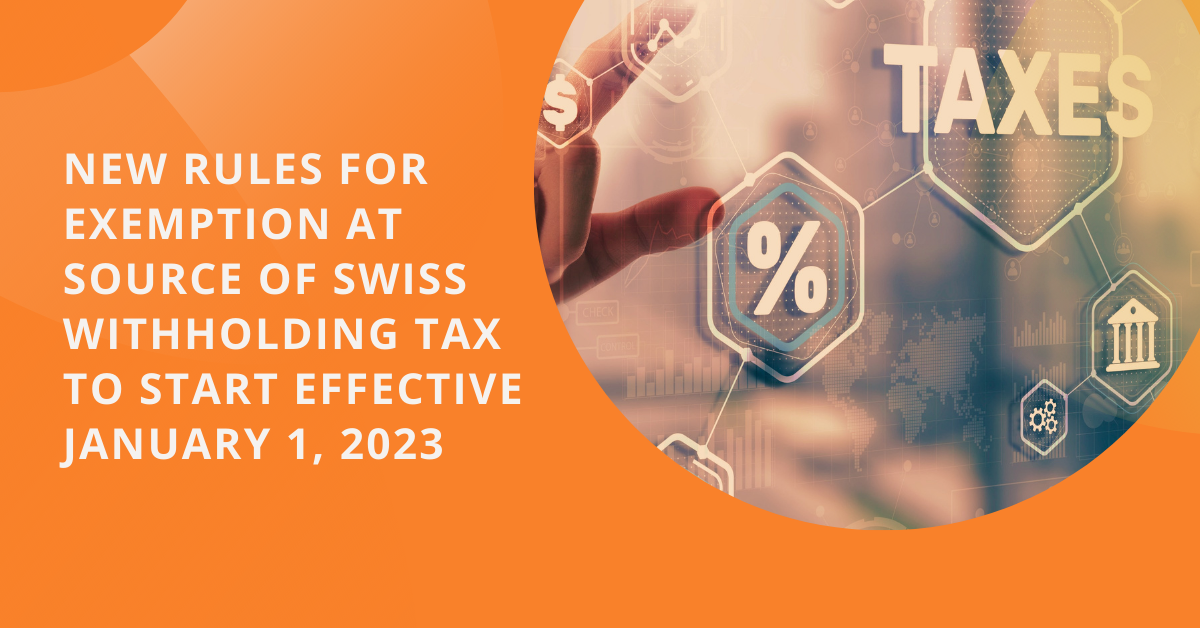 The Swiss Federal Council has announced additional improvements to the exemption at source from Swiss dividend withholding tax. Starting January 3, 2023, no taxes will be imposed on dividends distributed by a Swiss corporation. To qualify for the exemption, the taxpayer must hold at least 10 percent of the capital or stocks of the dividend-paying company or an equivalent shareholding under a tax treaty. The current requirement to present a valid Form 823 for three years has been extended to five years. The requirements are expected to enter into force on January 1, 2023.

May 4, 2022, is when the Swiss Federal Council made changes to its withholding tax laws. The current requirements for applying for the exemption at source were relaxed.

The new rules, which take effect on January 1, 2023, aim to make it easier to get the source exemption: