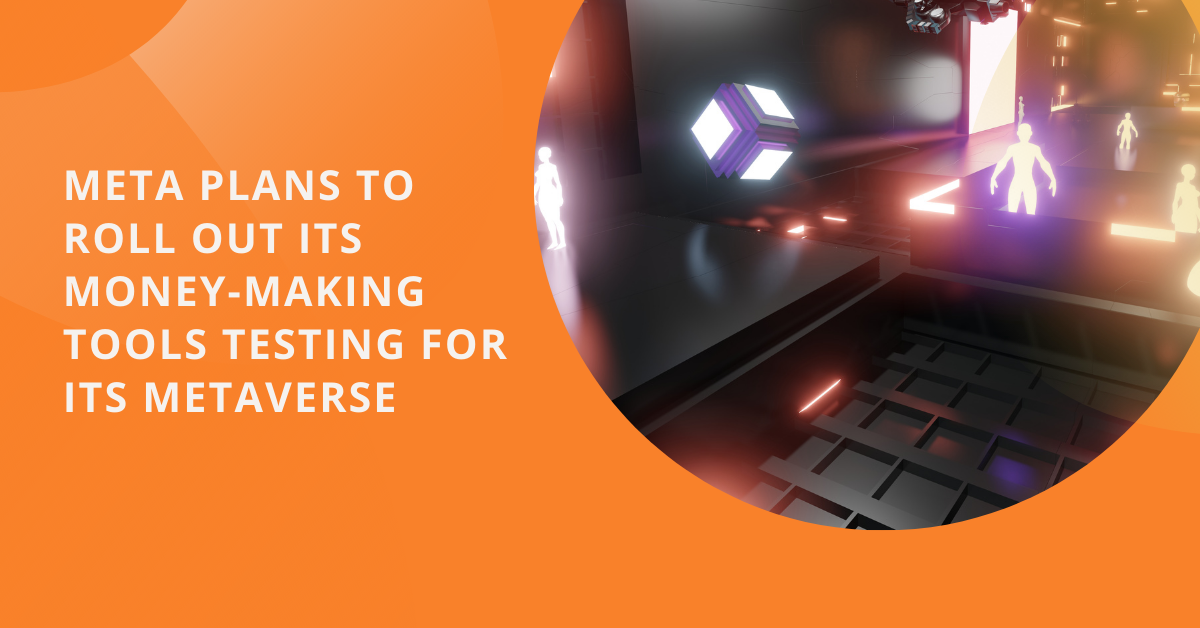 The Facebook Company, which recently changed its name to Meta, is heavily investing in augmented and virtual reality to meet the coveted metaverse dream of having a virtual environment that allows users to play, work, and socialize using different devices. The test for its commercial tools enabling the sale of digital assets will occur in its Horizon Worlds, a reality social platform.

On April 11, 2022, Meta announced that it would start testing money-making tools for its metaverse platforms, starting with limited beta tests. The company said that it would limit the number of users who can use the new tools and the amount of money that users can make until it's sure that everything works smoothly. The select users will access the latest tools through VR headsets available in the immersive platform.

The first money-making tool will be a virtual goods store that sells products that can be used on any of Meta's virtual reality platforms. This is just the beginning. Over time, Meta plans to add features that let people do more than just make purchases in its world.

The platform users will also earn and trade cryptocurrency blockchain according to its futuristic plans. The company has now confirmed that the launch of money-making tools will follow this. These tools will allow users to earn digital tokens and use them to buy or sell goods and services.

Horizon Worlds users across the US will participate in Meta's creator bonus testing. Users who adopt and achieve targets of the new features and tools launched by the company will get paid.