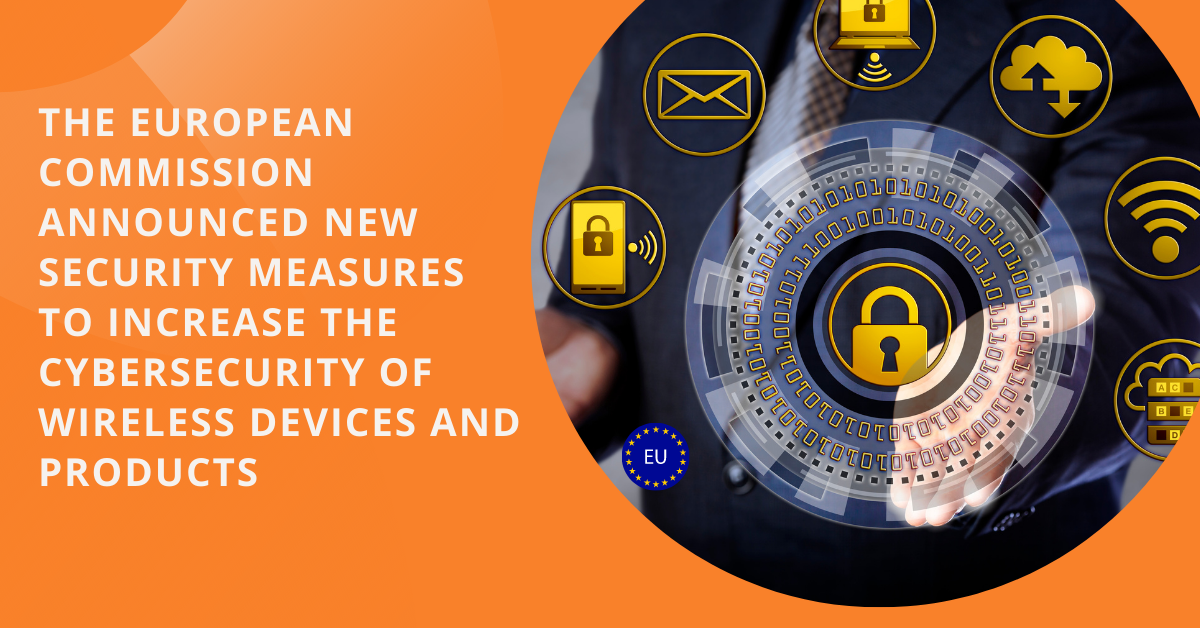 Cybersecurity refers to the process of protecting your technological devices, systems, networks, and so on from unauthorized access or attacks.

Nowadays, 85% of enterprises’ data are stored in the cloud. That is indeed very beneficial as they save a lot of space. On the contrary, they must adopt many security measures to avoid being digitally attacked.

During the last two years, cyberattacks have increased by 24%. The European Commission is aware of the risk it represents for the population. Consequently, its members drafted the new security measures that all member countries must adopt within the EU territory.

The Commission adopted The delegated act to the Radio Equipment Directive to cover all devices capable of communicating through the internet; there are more than one billion across Europe.

If the Council and Parliament do not raise any concerns, the delegated act will enter into force in two months. Manufacturers will have 30 months to organize their legal structure and comply with the new legal standards as soon as it enters into force.