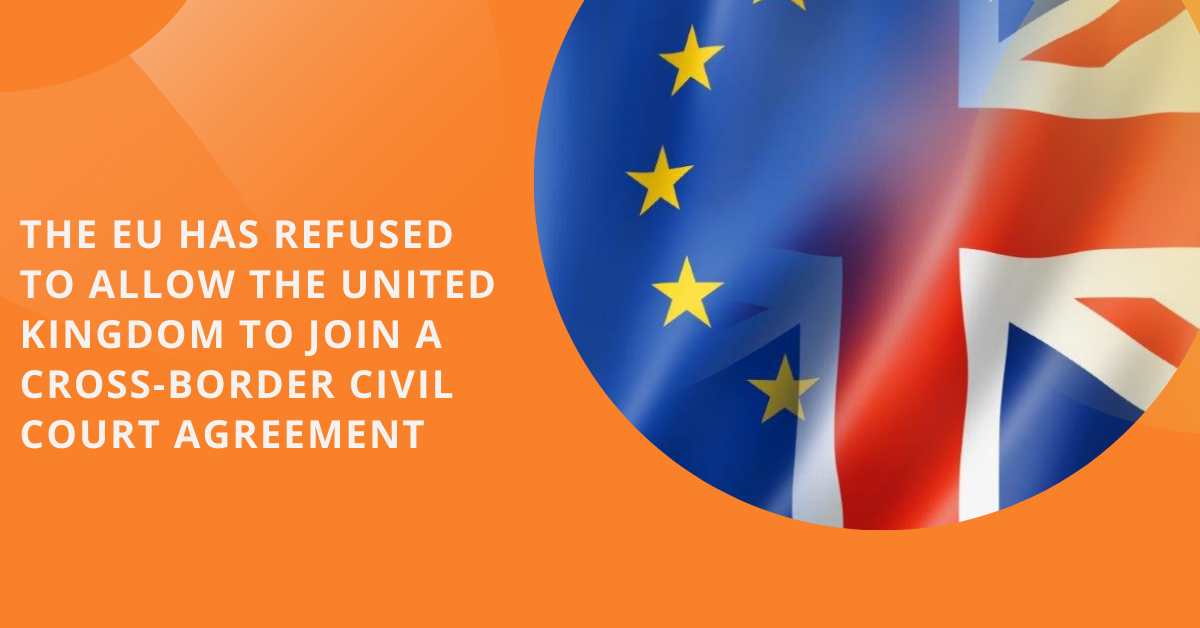 The European Union (EU) denied the United Kingdom's application to join a European agreement on the recognition of civil court judgments recently.

The Lugano Convention (the Lugano) establishes which nations have jurisdiction over cross-border civil and commercial issues among the 27 EU member states, Iceland, Norway, and Switzerland. Furthermore, the Lugano Agreement guarantees that judgments are recognized throughout member nations, lowering legal expenses for people and small businesses seeking legal recourse outside their home countries.

The UK's participation in the Lugano came to an end in December of last year, when it officially left the EU in January 2020. The UK's bid to rejoin the EU has subsequently been denied by EU officials.

The City of London Corporation emphasized the necessity of rejoining the Lugano, stating that following the COVID-19 epidemic, a significant surge in cross-border litigation is likely as firms and people attempt to recoup their losses. The UK, however, no longer participates in the EU's internal market of free movement of goods, services, money, and people, as do the other Lugano members.

Iceland, Norway, and Switzerland, which are not EU members, have endorsed UK membership, but the Lugano needs unanimous consent to accept a new member. No additional actions are being made in this respect, according to a working group of EU member states on UK issues.

The 2019 Hague Judgments Convention, which similarly covers cross-border recognition of civil and commercial judgments, might serve as a replacement for Lugano for the UK, although it has yet to take effect.