Crypto market forces Switzerland, Europe, the U.S. as well as other countries to change the regulatory framework

Crypto market forces Switzerland, Europe, the U.S. as well as other countries to change the regulatory framework 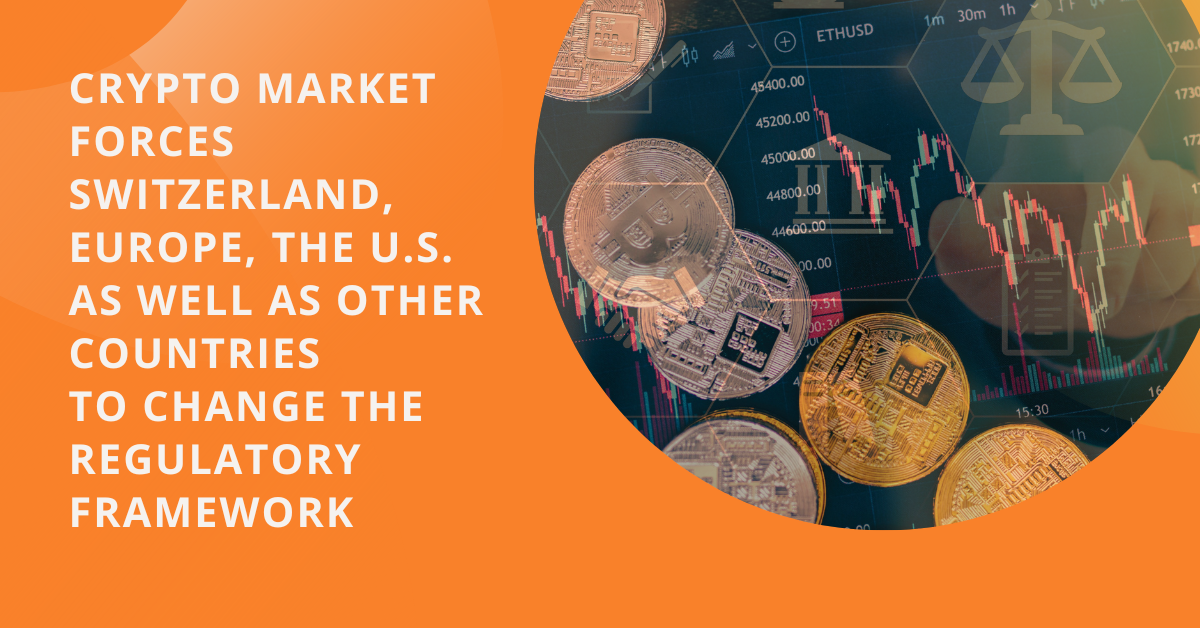 The stock market crash of cryptocurrencies such as Bitcoin and Terra brought to the agenda several concerns which is why politicians from different parts of the world are working diligently on binding crypto regulations.

Bitcoin ban in Switzerland and around Europe is not off the table yet. The European Parliament is still in negotiations about the crypto regulatory framework. These negotiations come at the same time proof-of-work services based on environmental policy it’s again in debate, which doesn't look good for cryptocurrencies. The proposal comes to debate again because two demands from the European Parliament groups of the Left, Greens, and Social Democrats are pushing to change the current policies. The Switzerland bitcoin regulation is awaiting the decision of the European Parliament, which as of last week had not yet reached a resolution.

The first proposal seeks an information obligation that forces cryptocurrencies to include in their white papers information on the climate compatibility of a digital currency. Also, the legislative proposal further wants the EU securities regulator to define limits on the environmental compatibility of crypto services.

Last week the Russian State Duma amended the existing law on Bitcoin and redefined it as a money substitute that is banned in the Russian domestic market, despite this Elvira Nabiullina, chairwoman of the crypto-skeptic Central Bank, recently reiterated that crypto-payments in foreign trade are accepted.

In South Korea, as in other countries, there was too much concern and uncertainty about the fall of Terra, with more strength in Korea because Terra comes from there.

According to a report by local media Daily Sports, with the crash new measures in the largest crypto-trading exchanges are being taken, the first is an Alert System for risky investments, additionally, starting in October exchange guidelines will be added for the token listing to regain investor confidence.

Insider trading could be one of the main reasons for the stock crash, because of this the U.S. Securities and Exchange Commission (SEC) launched investigations to find out how Bitcoin exchanges act against insider trading, according to Fox Business sources, at least one major exchange was investigated, it is not yet known which exchanges were affected by the investigation. There were no official statements from the SEC or the trading venues so it is unclear if the SEC is specifically looking for leads to initiate criminal prosecution. It is also likely that only compliance action reviews are involved.

Two months ago Panama recognized bitcoin as a form of payment, however, the current president Laurentino Cortizo seeks to block the bitcoin law with his veto, this is due to a lack of measures against money laundering.