Celebrating the August 1 Swiss National Day: A Look at the History and Importance of this Democratic Tradition

Celebrating the August 1 Swiss National Day: A Look at the History and Importance of this Democratic Tradition 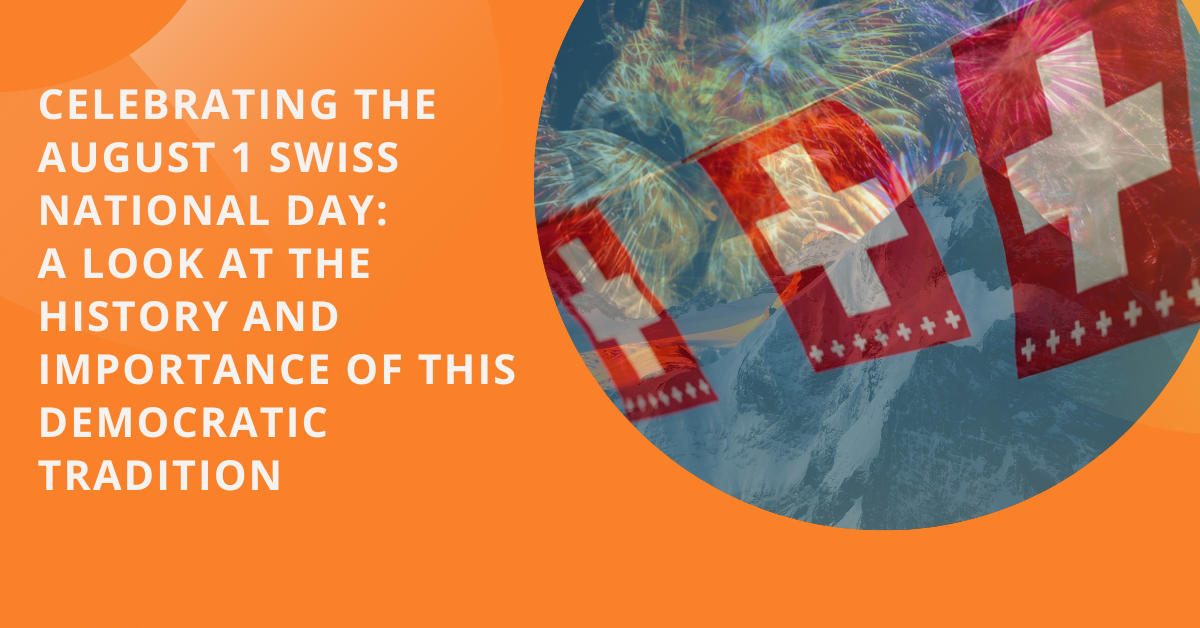 August 1 marks the Swiss National Day, also known as Nationalfeiertag in German, Festa naziunala svizra in Romansh, Festa nazionale Svizzera in Italian, and Fête nationale suisse in French. The day commemorates the foundation of the Swiss Confederation in 1291, when the three cantons of Uri, Schwyz, and Unterwalden entered into an alliance.

The holiday was first celebrated in 1891, but it wasn’t declared a national holiday until 1993 by the president of the Swiss Confederation. During World War II, however, the day was not celebrated to prevent attracting attention from Germany and Italy.

This date is significant because it marks the first time that Switzerland was recognized as an independent state. Before that, they were considered a part of the Holy Roman Empire. On September 8, 1815, France, Austria, Great Britain, and Russia met in Vienna to redraw borders after the Napoleonic Wars.

They allowed Switzerland to maintain its independence with some conditions, like not allowing other countries’ armies or fleets onto their territory without Swiss permission. In order to protect its sovereignty, Switzerland adopted a neutral position in world politics by agreeing not to participate in any military alliances but still offered protection to refugees from war-torn areas.

Today, Swiss citizens are allowed to vote when they turn 18 years old and can also vote online if they live abroad or cannot make it to their polling station. It is a time for all Swiss citizens to come together and celebrate their country.

The celebration includes outdoor concerts, food stalls, fireworks, parades, etc. The festivities are held throughout the country and culminate with people gathering at the iconic landmark of Mount Rigi to watch an animated show followed by a fireworks display, which can be seen across Lake Lucerne.

On this day, people fly the Swiss flag, sing the national anthem, attend public events, and enjoy a day off from work or school. The Swiss values of neutrality and independence have endured through times of change and will continue to be reflected in future celebrations.

It's important that every citizen participates in this event being one of the few occasions where the nation comes together. It also teaches children about their democratic rights and freedoms, such as freedom of speech, freedom of religion, freedom of the press.