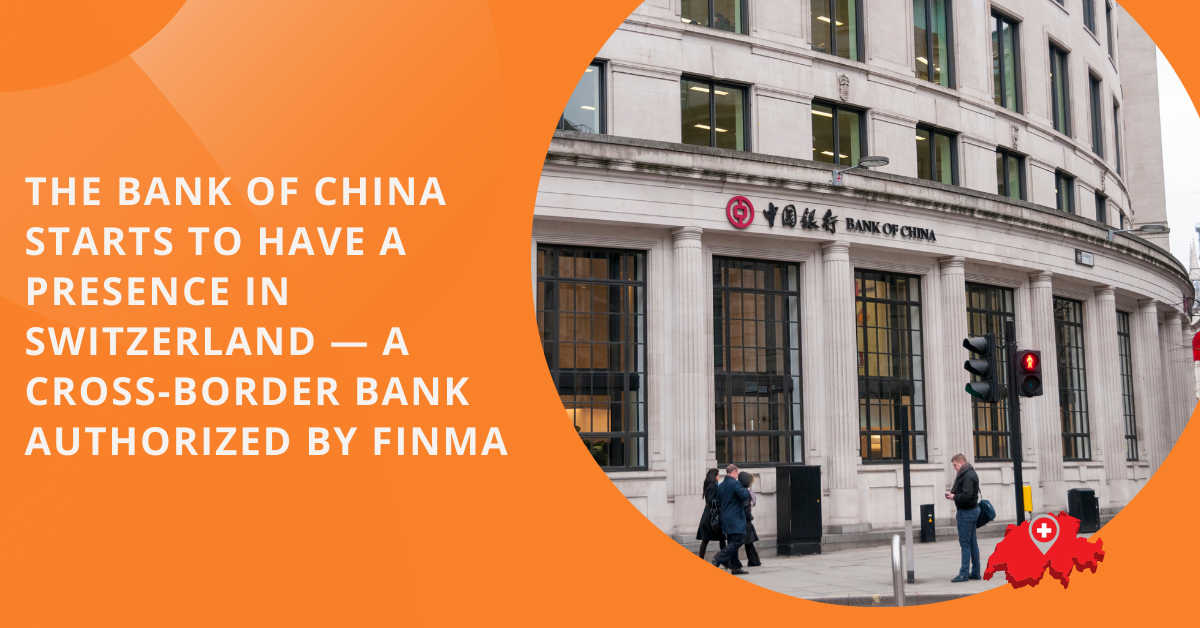 The Bank of China, one of the country's four biggest state-owned commercial banks, aims to become one essential organization regarding economic, trade, and financial exchanges between China and Switzerland by entering the Swiss market. The commercial registration of Bank of China's Geneva branch was just completed.

One of the most difficult challenges when setting up a new bank is to obtain FINMA’s (Financial Market Supervisory Authority) approval as an authorized bank.

Nevertheless, FINMA added the Chinese financial institution to its list of approved banks and securities companies in July. One of the bank’s representatives stated that the Bank of China would build a bridge for Sino-Swiss trade and investment, implementing various techniques to make more straightforward business relations. The project’s objective is to simplify to do business between China and Switzerland, either in Switzerland or China.

According to the Bank of China, Switzerland was one of the first Western countries to establish diplomatic relations with China and the first continental European country to sign a free trade agreement with China in 2013.

Today, China is Switzerland's most important trading partner in Asia. On the flipside, Switzerland ranks seventh in a European comparison; both countries have innovative plans for the future.