On 7th September 2021, Cryptocurrencies went down around 20-30% — crypto investors and companies in emergency case | China, Musk and more

On 7th September 2021, Cryptocurrencies went down around 20-30% — crypto investors and companies in emergency case | China, Musk and more 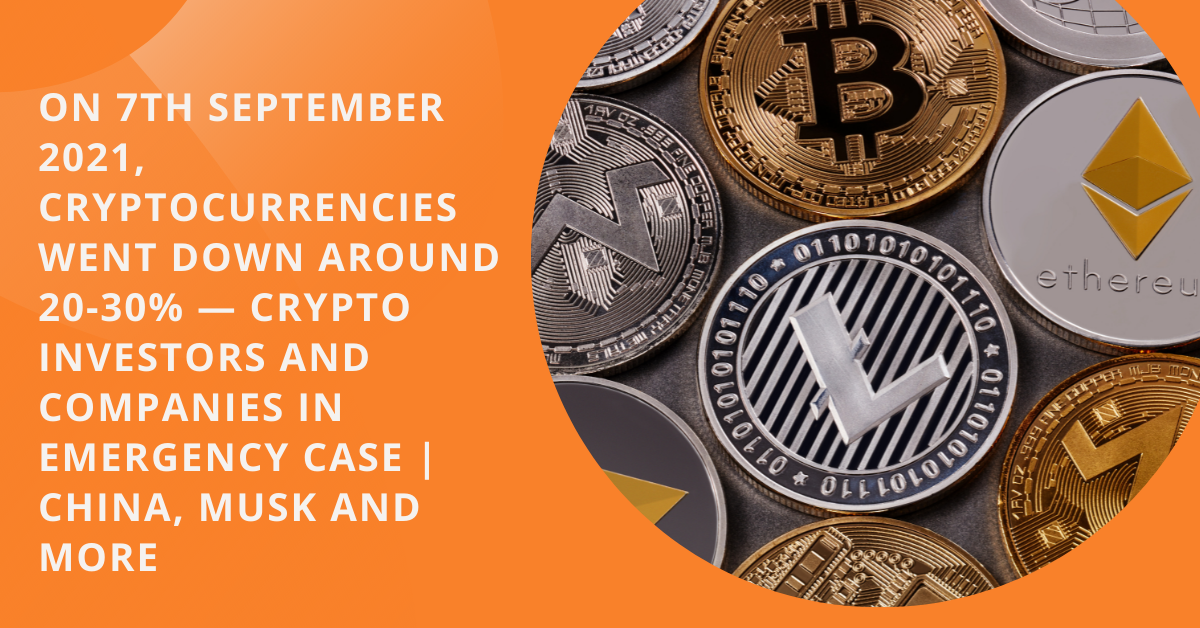 Just today/yesterday (depends on the continent), there was a big market crash in the price of most cryptocurrencies. The variability of the behavior in this digital asset has created multiple judgments in its credibility. We have heard crypto has become one of the best business transactions; however, up to the minute, the cryptocurrency market has dropped 0.71 percent (September 7).

This results probably from the fact that China is demanding the shutdown of Bitcoin mining in Sichuan Province and banks. China has told banks to stop supporting cryptocurrency transactions. Bitcoin dropped more than 8% to $46,000, driving other cryptocurrencies down with it, including Ethereum, which dropped 15% to $3,300. Seven of the top ten cryptocurrencies are now in negative territory.

Some of the most relevant events were herein as follows:

The drift occurs in the middle of the debut of bitcoin as a legal currency in El Salvador. Is this just a coincidence, or more than that?

Before that happened, Elon Musk posted on Twitter, “Cryptocurrency is a good idea on many levels, and we believe it has a promising future.”