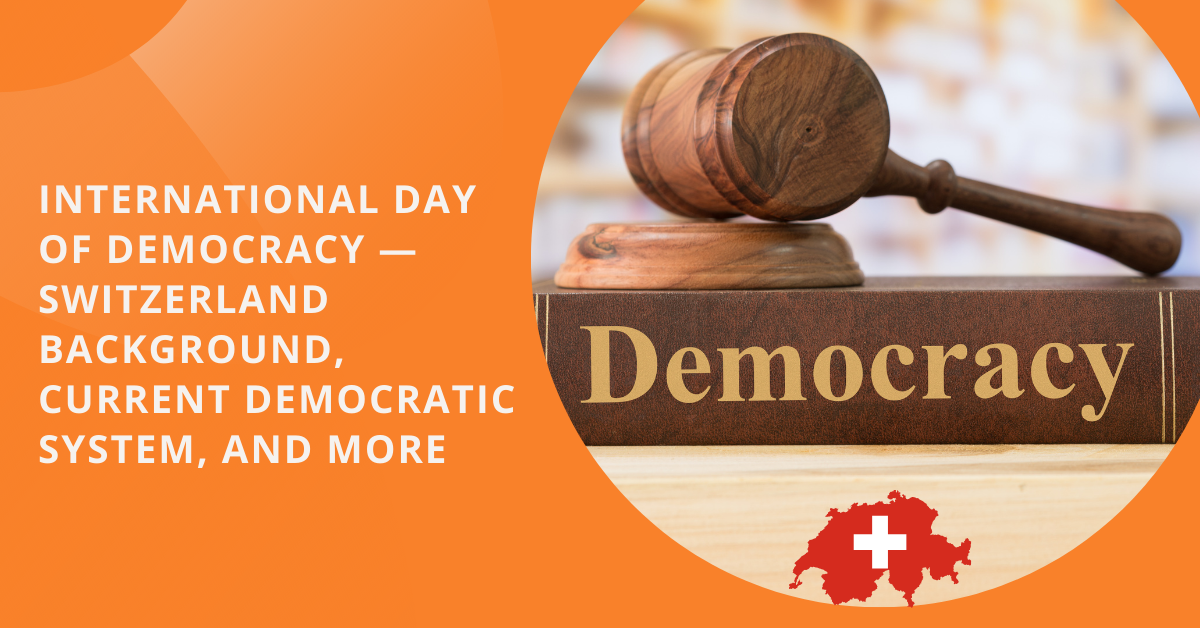 Since 2008, the world has celebrated the International Day of Democracy on September 15th. On this date, countries worldwide honor the importance of the citizens’ participation in democracy with a wide variety of activities such as photo competitions, live debates, encounters with civil organizations, and public forums.

Democracy in this prestigious European country first began in 1891. Nowadays, many people consider Switzerland to have one of the best democratic systems not only in Europe but all around the world. The Swiss State enables its citizens (people over eighteen years old)  to vote and decide their future decisions. This legal framework is called direct democracy.

Four parties dominate the democracy scenario in Switzerland: the Social Democrats, the Liberals, the Swiss People Party, and the Christian Democratic Party. These four represent the country’s leading political ideologies.

How does direct democracy works?

There are three types of referendums in Switzerland: mandatory, popular, and optional. Mandatory referendum makes the Swiss democracy different from others because it gives direct power to the people.

As the name indicates, only citizens can set in motion a popular initiative to change the constitution. Swiss citizens have the right to propose their initiative and vote against or in favor of it. Then, an initiative committee must collect 10,000 positive signatures from approving the proposal. Finally, if it is accepted, new legislation will help to implement the new laws.

Why is it important to celebrate the International Day of Democracy?

Firstly, because it makes citizens part of the country’s politics. Swiss are called to polls generally four times a year to vote on different local and federal issues. An example of this is the 2017 polls, when citizens chose democratically to promote renewable energies instead of nuclear power. The Federal Council has already arranged which proposals the people will vote for until 2034.

Secondly, another consequence of direct democracy is that it keeps its citizens informed thanks to the media. News media publications can push the Parliament and other citizens to take a side in complex federal issues.

Finally, this type of government organization protects the rights of its citizens and, as a result, reduces social conflicts. Because a direct democracy involves all its people, the regime tends to be more transparent, making corruption cases rare. Plus, it encourages diplomacy and cooperation between nations.

Many experienced lawyers and accountants consider Switzerland’s democracy to be one of the most advanced in Europe and the world. To celebrate the International Day of Democracy means celebrating all the efforts that the citizens and their government have made for many years to reach their current democratic system.