After the UK withdrawal from the EU, a new social security agreement between Switzerland and the UK was made on August 11th to avoid legal disorder 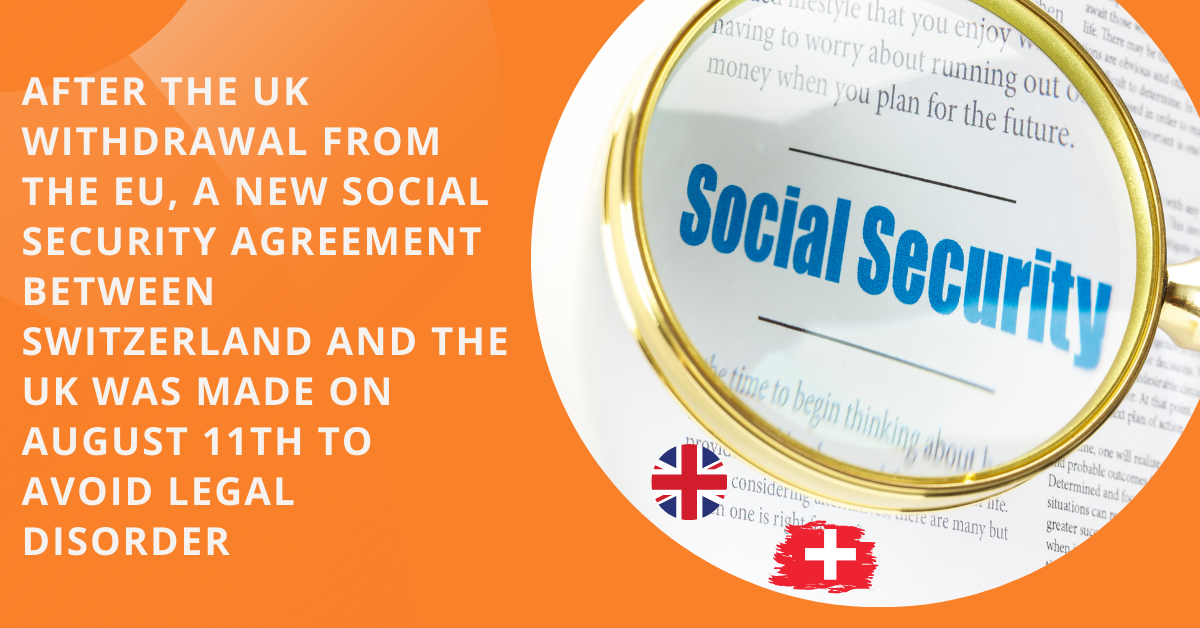 A momentous event happened on August 11, 2021: Switzerland and the United Kingdom made a new social security agreement. The Swiss Federal Council approved it.

It will enter fully into force when both the Swiss and United Kingdom Parliaments show acceptance. It can take from days to months. We hope it is approved soon.

The UK’s withdrawal from the EU has been a problem with legal loopholes, now they are solving it, but undoubtedly many others will arise.

Why is it important?

Many sole traders, startups,  SMEs, and big companies avoid split contribution payments for employees working in the UK and Switzerland. The new social security aims to close legal loopholes that allow them to do so.

By doing that, both countries hope to improve their economy and invest in projects that will benefit all the society.

Definitely, this agreement is beneficial for governments and citizens.

Many entrepreneurs disagree with the new social security agreement. Nevertheless, they may consider that they are also citizens, and all investments to improve the life quality will benefit them.

What are the benefits the agreement offers to individuals?

The main 2 points are:

However, it does not limit only to that.

Most workers love the new social security agreement between Switzerland and the UK as it facilitates deployments of individuals from one into another state. Definitely, a colossal advantage for workers, these countries really make legal innovations to benefit their citizens.

Current facts it is worth mentioning